Ping: From Pharmacist To Programmer

We interviewed Ping, an awesome female programmer (& NEXT Academy graduate!). Find out how she changed careers from pharmacist to programmer! 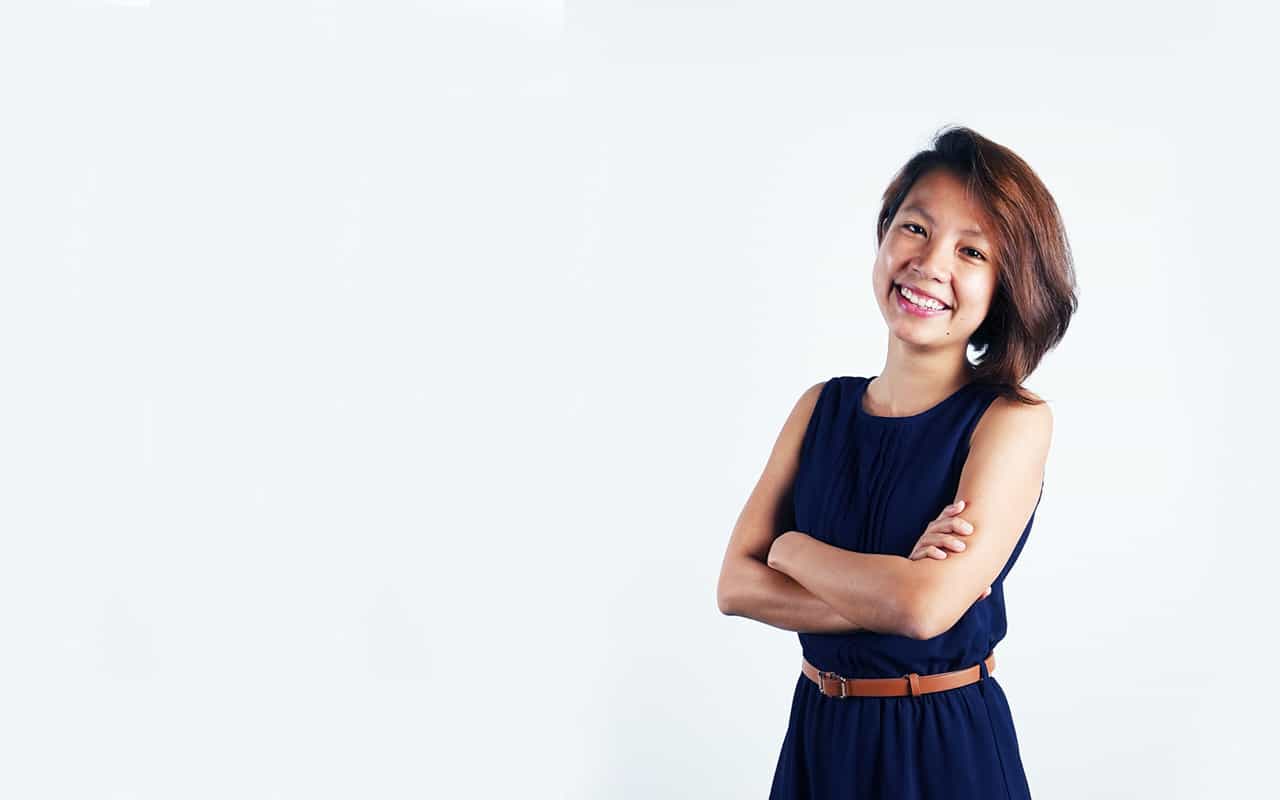 With International Women’s Day coming up next week (March 8), I sat down to talk with one of NEXT Academy’s favorite female engineers: 27-year-old Yen Ping Chew!

Ping, as she’s known by all of us here (and yes, we know it’s the best name for a programmer), has been working as a software engineer for about one and a half years now.However, you might be surprised to know that she came from a non-technical background.

Ping initially did a pharmacy degree, then went to work at St. Mary’s Hospital in the UK for about a year.

Then she returned to Malaysia, and settled down in a really boring desk job with a long title that she can’t even really remember now. (Believe me, I did ask.)

So, back to that really boring desk job with the super-long title…After about 6 months into it, Ping figured out that she didn’t enjoy it. Feeling unchallenged, she decided that she wanted to learn something new.It was about this time that her brother suggested that she learn coding - Ruby, to be specific. Taking his advice, she started learning Ruby through online tutorials (like Codecademy and others).But progress was slow. A few months later, she still hadn’t even built anything.

She looked up some coding workshops, found one run by RailsGirls, and joined to learn HTML, CSS and Javascript.

Through the workshop, she discovered that coding was something she really enjoyed.Since she had quit her job, she had some free time on her hands - so she decided to join a coding bootcamp.

Then she found out about NEXT Academy’s web development bootcamp, signed up, and the rest, as they say, is history.

From Coding Bootcamp To Mentor To Software Engineer To Entrepreneur

After graduating from the bootcamp (where she was memorable for being the only girl in her student batch), Ping applied to be a part-time mentor at NEXT Academy.

“I wanted to learn faster, and the best way to learn is through teaching others,” she explained.

After about two months as a mentor, she was then offered a full-time position as a software engineer, and she accepted so she could learn more about other aspects of coding.

One of her very first tasks was to write tests for an existing app, which she feels helped push her further as a coder.

After that, she took another step up and worked together with the engineering team to build a student learning portal from scratch.This took her a couple of months, and taught her a lot about working with a team to build something almost entirely from the ground up. Besides all that, she was still mentoring students as well in addition to her engineering work.

Following that, she moved on to another brand new learning curve — previously she was mainly in charge of building web apps and stuff like the learning portal, maintaining the student management site for her company, and other engineering-related stuff. Then came marketing, sales funnels, click-through rates (CTR) and other marketing-related jargon — and she loved all the new challenges.“It’s very useful, because I know coding,” she said, “As I learn sales-related stuff, it’s easier for me to tweak things, run experiments, or make small changes to landing pages or the website. I can change buttons, or add forms in sales pages. Also, it gives me the chance to look into automating processes, to make things easier for the team, so they can focus on more important things.”

In her latest stint, Ping is now part of Ubisana, a company that she and Wei Shian, another NEXT Academy graduate, had started. Here, Ping has an even bigger spectrum of responsibility, as she basically has to handle everything from the ground up.

Q: You’ve been a coder for a couple of years now. How has knowing to code benefitted you so far?

Ping: Well, it’s really changed the way I look at things. When coding, you’re trained to break problems down into smaller chunks, then solve them one by one. Eventually, you’ll find that you’ve solved the whole problem. So it’s changed the way I approach problems.

Q: Current statistics show that there are only 18% females in the tech industry. How do you feel about being a woman in a mostly male-dominated industry?

Ping: Generally, it doesn’t feel very different. When it comes to coding, it’s really all about a person’s ability - not their gender, race or anything like that. The team pretty much treats everyone equally regardless of whether you’re male or female. I haven’t experienced any sexist remarks or anything like that.

Even when I attend workshops and coding group meetups, it doesn’t feel like there’s any discrimination. I’ve spoken to other female coders, and they feel the same.

Q: That’s great, though. However, why do you think there are fewer female coders then?

Ping: I think it’s the way most girls are brought up. You know, stereotypes. Generally, women think that coding and computer stuff isn’t for them.I never considered learning to code until my brother brought it up. Then I tried it out for myself and found out that it’s really fun.

‍Girls tend to grow up with stereotypes, and coding just never crosses their minds. Most of us want to be doctors, fashion designers, and things like that - it just never occurs to us that there are other options out there, like coding. That’s why we have groups like RailsGirls and Women Who Code who aim to expose women to coding.

Ping: I guess I’d still be stuck in that same boring job, or being a pharmacist. I wouldn’t have met any of the awesome people whom I’ve met along the way.People should really just have courage and try things out. You never know how it will change your life.After all, saying ‘yes’ to learning to code is what brought me here.

Q: So, are you happy with where you are now in life, and why?

Ping: I’m not happy with where I am in life, because I want to be in a better position. I want to constantly strive to be better.

However, I’m happy with what I’m doing now, because there are constant challenges, and there’s a lot of room to grow. I really enjoy coding, and I’m glad I can do this full-time.

Q: Awesome! Any advice for the people out there who may be interested in changing careers to tech, or those who may want to learn to code?

Ping: If you’re hesitating about whether or not to do something, you should just take a leap of faith and do it, because you never know what you’ll get out of it. Even if you fail, you’ll still learn something.

There you have it!

If you’d like to take Ping’s advice and find out more about our bootcamps, you can check them out here