What can Faceapp do? The technology behind Faceapp 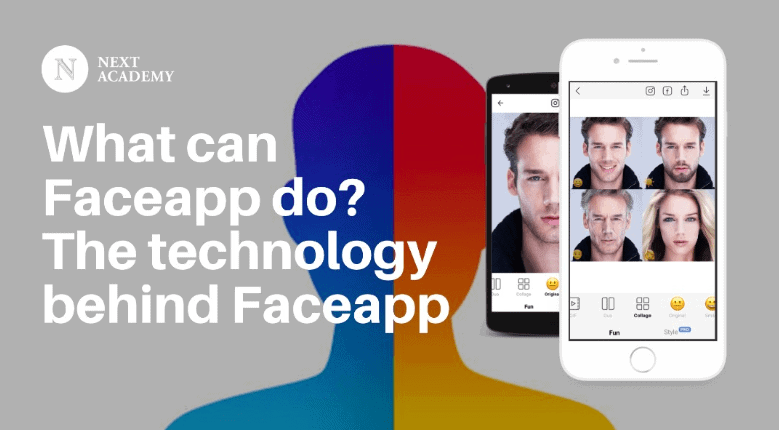 According to Google trends, interest for the search term “faceapp” peaked on 17th July 2019, worldwide.

What can Faceapp do?

The most popular function on Faceapp is the old age filter, as shown in the image above. What is amazing is that Faceapp predictive technology, it is able to simulate wrinkles, receding hair and sunken skin realistically. This simulation is not only limited to the face area, it includes neck, wrists, hands and chest too!

The Sun plugged an image of a young Sir Ian Mckellen (left) into FaceApp to make him look older (centre image). They then compared FaceApp’s effort with a photo of him today (right). Faceapp managed to predict Sir Ian McKellen’s sunken eyes, hair and wrinkles, striking a close resemblance to his current photo today!

The sample data, in the case of FaceApp, are pictures of me, your friends, your family, celebrities, and essentially everyone who has allowed the mobile app to access their camera rolls.

For deep learning, the more sample data that is run through the neural network, the more accurate it gets. This means as more photos that are uploaded to Faceapp, the better it gets at predicting ‘old age’ photos you’re seeing across social media.

We predict that the next phase for Faceapp would be to have the capability to apply their filters for videos, ala Snapchat. However even with the current photo editing functions, you are able to see how you would look like in the not so distant future!

Are you ready to pick up coding skills? Check out the courses we have to offer!

I am ready to learn!