8 Myths About Learning to Code

There is so much misconception about learning to code. It's time to debunk them and answer those questions you don't already have. 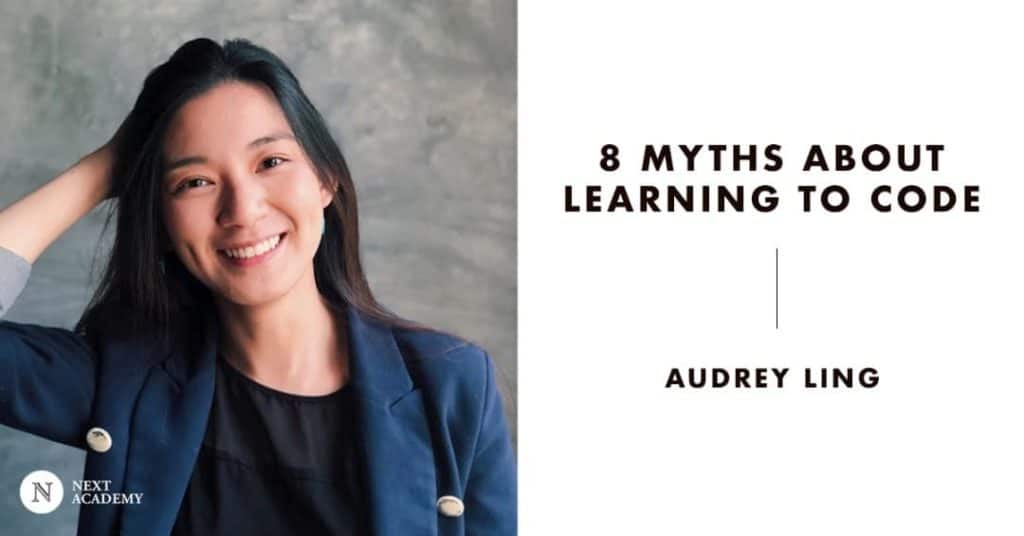 8 Myths About Starting to Learn to Code

Recently, there has been a surge of people contacting me and requesting me to provide some answers to key burning question – be it on Quora, a friendly call, emails, you name it.What I realised is that there are so much misconception in the area of coding. It’s time to debunk them and answer those questions you don’t already have.

Join me as I debunk 8 myths which I see everyday, everywhere. 🙂

MYTH #1: As long as I learn a programming language, I am a coder.

When you learn how to write English, you first need to know your ABCs, then write proper words, proper sentences and in the end, you would learn how to write a poem or a formal letter.Just because you could write your ABCs, it doesn’t mean that you are a poet. Not yet.The same goes with programming. Learning a language is only learning the ABCs of programming. Just because you know a programming language, it doesn’t mean that you are a programmer or a coder.You still need to be able to use the programming language to express your logical thought process. You still need to learn programming concepts and frameworks to eventually build the things you want to build.It is still quite a long way from being a programmer, but hey! At least you have started your journey. You are now one step closer to being a coder.Always remember, coding IS NOT learning a programming language. It’s much more than that.

Pic Credit: Reader’s DigestWell, you don’t need to be good at math, you just need to be logical. No worries, the fancy pansy math equations won’t haunt you when in comes to coding. Phew~This myth may have started because math was considered one way to gauge people’s level of logical thinking and problem solving skills.

While you don’t need to be good at math, you would have to love to problem solve. Try your hand on riddles or playing some detective games. Learn to spot trends and patterns. Be systematic in solving problems which you face day-to-day – it could be things as easy as spring cleaning the house in the shortest amount time.

Believe it or not, these little things help you train your problem solving process. Like my mum always say to me, “doing house chores don’t just give you a good body, it gives you a good mind.”

MYTH #3: You can only be good at code if you are from science or engineering background.

I’ve seen waiters, journalist, people from art major, business major, pharmacists, drop outs, high schoolers, DJs learn to code and I must say, they don’t seemed to lose out to someone from math, science or engineering background!

It’s not something you are born with and you are stuck there for life. Math, science or engineering background may give you a good start but it’s the finishing that matters. When I observe a class, I often notice that sometimes (not always), people from math, science or engineering (STEM) majors tend to fare a little better at the start. But after a few weeks in, everyone’s pretty much at the same pace. And at the finishing line, I’ve been surprised to see more often than not, someone from a non-STEM background taking the lead.YES, there’s hope for us non-STEM background people.‍

‍Learning to code is a marathon. Some people may start off with a bit of “gifting” in coding, but 90% of the time still boils down to effort.

When you are coding, you’ll be hit hard by failures and bugs. You’ll need to get used to being rejected left, right and centre by your lover computer before you can ultimately win it over. It’s going to be a marathon, and with enough hard work, commitment, wits and problem solving skills, you can and will get to that finishing line.

MYTH #4: There is one BEST programming language in the world, and you only need to learn that.

No. There’s no such thing. Why? Because nothing is perfect.There are so many factors involved.

Well, there is no best programming language. What’s best is often based on preference. But before you can get to determine what’s best for you, you first need to learn to code. Don’t worry too much about getting the best language. Just code!

To get started with coding, here are 7 things for you to consider.

MYTH #5: You will only need to stick to one programming language for life.

Forget all the opinion pieces because it’s a never-ending debate. This is one thing that I found people do not talk about. Your first love will not be the only one you are going to be married to for life.

Popularity comes and goes. What’s popular today may not be tomorrow. Language is only a small part of the coding journey.

What you need to do is not merely learn a programming language. You need to learn how to be a programmer so that you can adapt when changes come.

MYTH #6: I need to learn a lot of programming languages to be considered a pro-coder

Someone once came to me for a role at NEXT Academy and say, “I know Java, C, C#, C++, Visual Basics, PHP, Python, JavaScript.””Ok, great! Should me something you have built.””I’m sorry, but I don’t know how to build a website or web app.”Plenty of employers came to us with this problem. Very promising candidates on paper who seemed to know a lot but couldn’t do anything useful with it.

What employers are looking for is not someone who have a list of languages in their resume. What they are looking for is someone who can build and create with code.Always remember, less is more. It’s better to be exceptionally good with one language to the point where you can build anything you want. Employers are more willing to invest in people like that because when you are already good with one, you can easily adapt to a second language, a second concept or a second framework.

MYTH #7: I should just learn the number 1 language on TIOBE index because that is most popular

It’s good to look at TIOBE and Stackoverflow to understand what’s the “top” language.The problem I find is that so many people quote these statistics and facts but never think about why these languages are where they are.In turn, people who wants to start learning to code, would be easily confused.

‍In TIOBE, Java and C are the sitting on the top spot. Python climbed to the third spot.

In Stackoverflow, JavaScript, HTML and CSS are most popular.

Always remember there are three kinds of lies: lies, damned lies, and statistics.You have to look beyond the numbers to truly make sense of this world.

“Learn to use Node.js and follow the framework step-by-step, that’s enough.”“Just learn Django or Ruby on Rails straight, why bother with learning how to build from scratch.”These things have been said. But this is dangerous. Whoever is telling you this is setting you up for failure in the future.

You want to be a software developer, NOT a framework developer. Frameworks can drop in popularity and it’s a common occurrence.Some companies may choose not to use frameworks to build their tech platforms, or they may use a framework but they would customize it according to their requirements.

In this case, you need to have good understanding of the fundamentals. Frameworks are built to make your life easier. It is based on programming concepts and you need to understand the inner workings of the frameworks.

Using a framework is easy, BUT understanding the inner workings is more important. In fact, it will help you to appreciate the frameworks even more.

BONUS MYTH: Everyone should learn to code.

If everyone were to do that, we’re going to run out of jobs.Satire aside. Let’s be serious now. Is it a MUST for everyone to learn to code?No.Kai-Fu Lee mentioned that in the next 15 years, 40% of the world’s jobs would be replaced by technology. If you can retire comfortably within these 15 years, you don’t really need to learn to code.Roles that require high amount of creativity may not be easily replaceable as well.

‍But why learn to code then?

‍Just the sheer amount of possibilities that could happen excites me.I’ve wrote 5 reasons to learn to code and all of them have one thing in common – value creation for the greater good.

Don’t let myths stop you from learning to code. We need people like you to grow the ecosystem and to create new ideas.It’s time to start learning to code.If you’re still stuck at what language to learn, learn python and here’s the reason why.If you’re thinking to start, join our coding bootcamp to kickstart your journey.