Benedict: Strive to Be of Value

Our students come from different walks of life. Benedict believes in always striving to be of value in everything he does. Read his story. 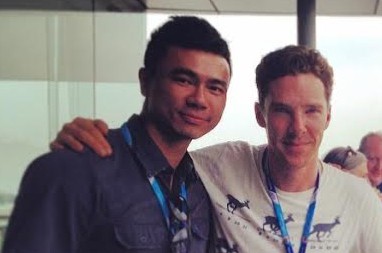 “Strive not to be a success, but rather to be of value." - Albert Einstein

How did you hear about the Web Development Bootcamp?

‍I found out about the Web Development Bootcamp when I was at MaGIC as a shortlisted participant for the e@Stanford program. Back in high school, I coded a little in HTML and Javascript, and dealt with VBA to build simulation models used in currency options trading. As I have little experience in coding, I’ve always wanted to upgrade my skills. At the very least, have the ability to efficiently prototype apps, instead of dumping money on getting a developer to build it just to test out an idea. Yup, despite many methodologies out there to quickly validate an idea, being able to rapidly build a prototype by myself definitely saves up substantial resources.Upon enrolling myself into the program, I was exhilarated but at the same time, I was clueless on what to expect for the next two months. Needless to say, the pace was above my expectations and it kept me really busy throughout the entire period.

‍What are your thoughts on the Web Development Bootcamp?

‍Tech is something that can cross borders and is scalable. I see Malaysians getting hungrier for tech advancements and that’s a good sign. There’s no industry out there with a playing field level with the tech scene’s. It really is about time we have programs like the Web Development Bootcamp to prepare our youths for the tech scene so that they have the capability to go out there and make a difference. More importantly, its time for us Malaysians to rise another level in the “skilled labour” ladder. There's still so much more room for improvement.

‍Did you finish the bootcamp with any notable changes to yourself?

‍Absolutely. From not being able to build any web apps at all to being able to, only after a mere two months, is definitely a very important achievement. I spent years dealing with financials, not knowing that I am actually capable of building things. The satisfaction, is inexpressible. Back then I questioned myself "how to build", but now the question has become "what to build".

‍What were some of the most challenging parts of the bootcamp? And how did you overcome them?

‍While I think it’s a given that the learning curve was the biggest challenge. I still find it interesting that Josh had us do pair programming from the get go. It really forced us to communicate with each other, which is rather important as a developer as we need to be able to articulate our thoughts. Having to pair with a different person every day definitely presented quite a layer of challenge on top of the technical learning curve! Besides the sense of achievement obtained from building things to solve problems on a daily basis, the people I met also gave me the motivation to keep going. The bootcamp's participants came from all walks and phases of life. Having the opportunity to work alongside them definitely made the experience more enjoyable.

‍What advice would you like to give to the future participants of the bootcamp?

‍I can’t stress the prep work enough. But really, come with an open mind. I believe that wherever you go, not being able to adapt will just set you up for failure.

‍Do you have any advices to anyone trying to learn to code?

‍There are so many resources out there; many free or available at reasonable prices. There's no reason not to try and see if coding is for you. Wanna take it to the next level? Then Code Division (now NEXT Academy) is for you :)

‍What do you intend to do in the next three years?

‍Having progressed from “how to code” to “what to code”, there are a lot of ideas that I would like to execute. The hard thing about startups is, it’s hard: one in five traditional businesses fail; in the startup scene, only one in 2000 generates revenue of more than a million per annum. Right now, as much as I’d like to focus, I still believe that the more I try, the likelier I am to succeed. If you ask me now what I’d like to do in the next three years, the answer is: A LOT. I’m just hoping I won’t stretch myself too thin.

‍What are some of the principles/life lessons you stand by and are there any stories behind them?

‍“Strive not to be a success, but rather to be of value." - Albert EinsteinFor someone driven to be successful, there’s no better reminder than this quote by Einstein. I mean, how else could one succeed? Another very famous saying in the tech scene, by Paul Graham (of Y-Comb) is: make something people want, which is a corollary of what Einstein said. I must admit that in the tech scene, one could easily be led astray by one’s vision and passion, and this saying really reminds me of a reality check from time to time: Are we delivering value?

‍Do you have a role model? And why him/her?

‍Of course. I have a few role models, in fact.Albert Einstein – for who he is and his amazing thought processes. If one digs further, one will find that he is a master at simplifying matters, which is what led him to discovering, among many other things, the Theory of Relativity.Mark Zuckerberg – not really for what Facebook was or how it started, but for what it has become now: its sheer size and influence, and how he has matured with Facebook.Pharrell Williams – talented, creative and entrepreneurial. I would like to be him.

‍Looking back, what is one of your most unforgettable experiences which has moulded you into who you are today?

‍Honestly, I can’t pick one. Every juncture and phase in my life somewhat changed me. Whether it’s the job, the people, the education, the girlfriend, the mentor, it’s really has been one long journey. Maybe things will change more dramatically once I hit the 30 mark, or maybe not (hahahahaha).

‍The more you know, the less you know. I believe that most things seem easy at first, but really as we dig deeper, we’ll realise how little we know. Again, props to people like Einstein for being able to simplify things and help the rest of the world understand something such as The Theory of Relativity. And when someone tells you something is so easy, it could be really deceiving. Well, unless it’s the rare case of things being, in fact, easy!

At NEXT Academy, our students come from all walks of life. This is the reason why we strive as a community – we learn from one another and are all united with the desire to do better and have a common goal of wanting to make an impact on society whilst growing ourselves especially in our career and in our personal lives. Benedict graduated from our November 2014 intake.

Coding can unlock your journey towards entrepreneurship. Learn to build your own fully-functional web apps with NEXT Academy today!