Can I learn coding, if my English is not good?

A lot of people thinks it is necessary to speak english very well in order to learn coding. But is that true? Find out in this blog. 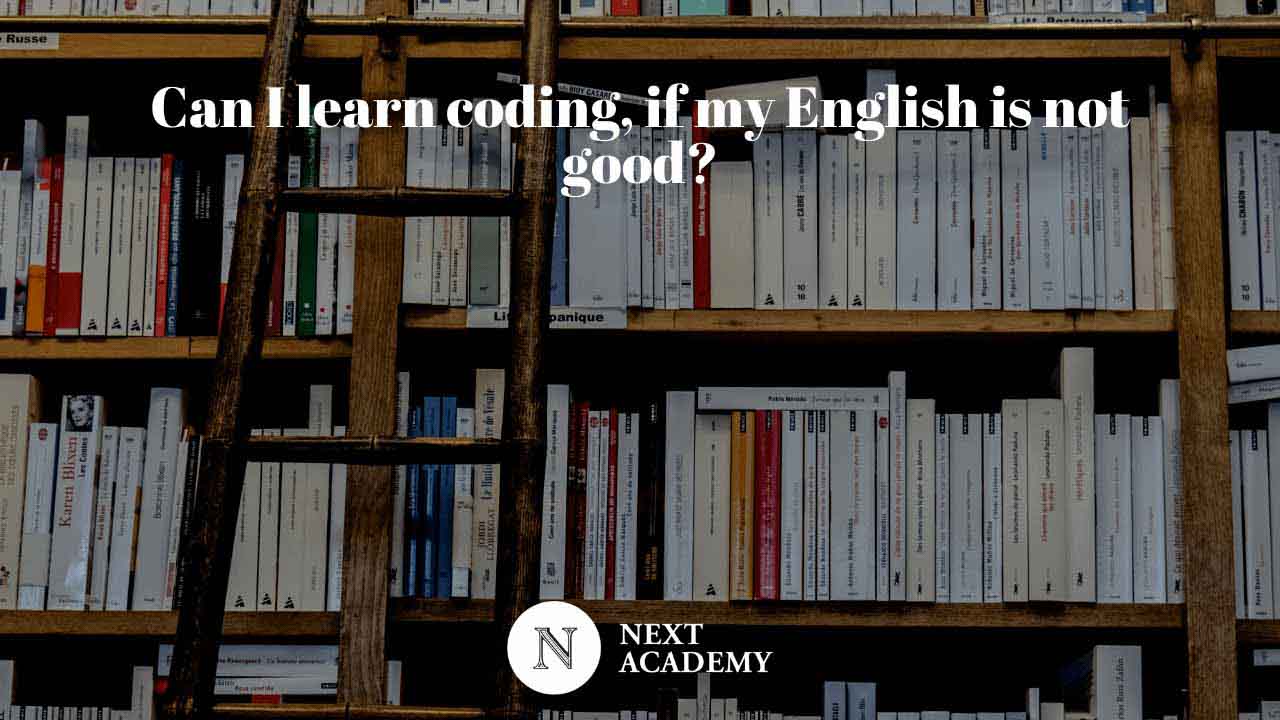 Audrey: Hi guys, and hi Instagram people. Can I learn coding if my English is not good?

Sandra: Absolutely, because the best thing about it is you don't have to write full sentences if you don't want to. So it's all just about, you know, I mean a lot of coding is in English but it's also just being able to understand why this does this. It's not, yeah It's not an issue.

Audrey: I used to have this Japanese guy who barely speaks a sentence of English and everywhere he goes, so he'll bring a dictionary. A translation dictionary and he is the most hardworking person I've ever met. What he did is that he just translates the things that he was going through. So yes, while coding looks pretty similar to English when you're learning to code. It's usually understanding the concepts. So yes there are people, just like the Japanese guy, he turned out to be a really good coder. He can code right, he can code really really well but when it comes to learning the concepts, it took him a little bit of time because the mentors are teaching in English. So it was very normal where the mentors are speaking English and he actually recorded the entire thing that the mentors spoke about and he actually go back and re-listen it again.

Take the dictionary and translate the stuff that the mentors actually spoke about. When you understand the concepts, the concepts can be delivered in English, Malay, Chinese or any other languages, it's no problem. Then writing the code is not gonna be a problem but the concepts is the one that you need to understand. So it's not about your English is good or not good. The question is do you understand the concepts or not and the concepts can be conveyed in many different languages at it's totally fine. I think maybe sometimes, there might be a bit of difficulty right now because a lot of resources out there are in English. Like you know the people who talk about how to do this or talk about the concepts, usually they convey it in English. Which is why sometimes people may struggle but I think if those concepts can be spoke about in a different language then it should be fine, there should be no problem.

Sandra: In my class I know for sure, there were a few people who's English maybe, or they couldn't understand something, so they would Google things in Chinese and they'd be able to understand things. And then they would be able to implement it using whatever language they were using. So there's always ways around it. You don't have to be amazing in English to be able to cope.

Audrey: I hope that helps answer your question. I think learning, I salute you because even though you say that your English is not that good but it's amazing that you are taking your first step to learn. It's amazing that you're actually, I mean for you to write the question here, I think your English is perfectly fine. So I think sometimes it's just about, just like the Japanese guy. He really had the heart to learn and he really go all out and when the mentors was teaching, when he's asking question he actually recorded it down. Re-listened to it again. He actually asked about, " Hey, what are "we learning tomorrow?" So tonight he would actually research on it, read up on it and try certain things. So when tomorrow he meets the mentors, he'll have very specific questions. That was the effort. That was the level or the kind of commitment and effort he's willing to put in so that he can learn to code well. So the question for everyone is, if he can do it, why not us? We can do it too, right? The only question is do we want to do it or not? Yeah and that's always a struggle.