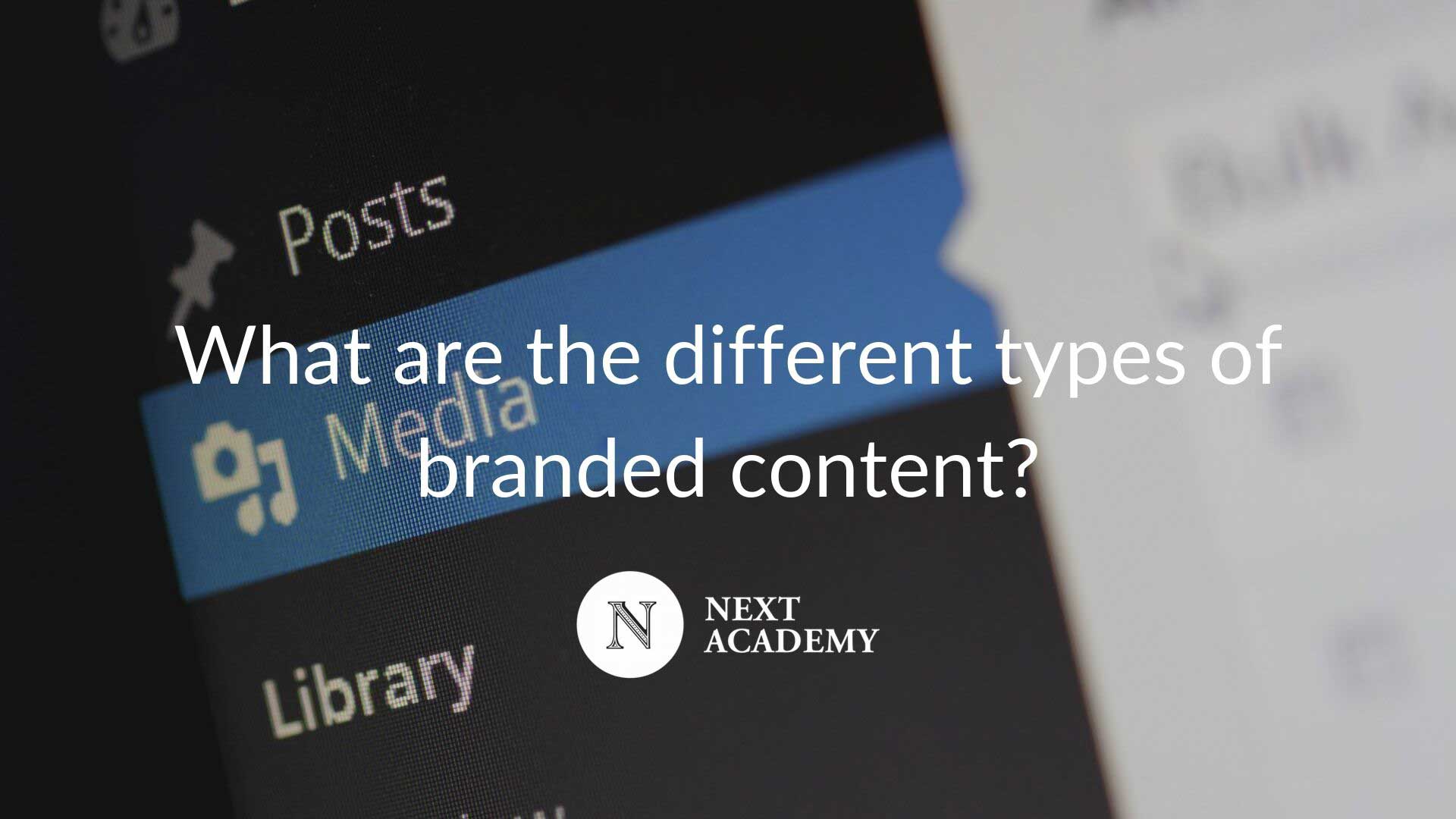 Audrey: Today, we're going to be talking about the different types of branded content you see out there. Do you have anything?

Karl: Yeah. When we first started, I was literally asking myself, "Would there be anybody in the world making funny videos, but getting paid for it?" So, what I saw was, for example, guys like BuzzFeed and Vice. They're really pioneers in the digital space. And Vice creates a lot of intriguing documentaries that would be sponsored by a brand. And BuzzFeed, on the other hand, would write all these listicles that will be paid for by a brand, and I saw that as something really interesting. Most recently, I think what caught my attention were platforms, like Great Big Story by CNN. There's a platform called Yitiao in China, as well, that's creating amazing branded content.So, these are sort of people and companies that we look up to and we learn so much from, as well.

Audrey: Nice. For me, I've been following this YouTube channel. It's called Extra History, because I've been watching history for a bit. They create cartoon videos on interesting parts of the history, and I know that gaming companies actually do sponsor them to create history lessons on Rome and the walls surrounding Rome because the game itself is related to that. To me, that was a very interesting way of them utilizing branded content because instead of just spending another buck on another sponsor ad, right now, I'm watching history on Rome, and I'm learning so much about it, and I know that if I really want to engage in a game, for example, I know which game to go to.You have any other interesting things that you have seen?

Karl: talking about gaming, I play a lot of computer games. Basically, there's a game by MBA called MBA 2K, and within the basketball arena, you would have brands like Gatorade sponsoring the timeouts, you would have Sprite coming in for the highlights, so exactly like how they actually sponsor the actual MBA games. I think MBA is an organization, took the license for MBA, sold it to 2K, a gaming company, but they also brought along the sponsors. In game, you would see Under Armour, you would see Nike, you would see all the brands as if it were in real life, and I'm sure they're getting paid for that. The digital reality of gaming, playing online, but having advertisers within game itself is also a fairly very new model that has also transcended to mobile gaming where brands will be able to take on, for example, driving. In a driving game, you would be able to sponsor your car skins. Fortnite is also a huge example of that. I think this evolution is also branded content. It's cool.

Audrey: It is. It is. Another one that caught my attention was Red Bull, as well. It was Red Bull. They actually created a series of branded content on people who are adrenaline-filled. They do really extreme sports, and it's not just one piece. Very often, when we see other people doing things, it's just a one-off thing, but for them to create this series ... I don't know how often, but you get a new series of someone who is obviously a daredevil, skiing or God knows what they're doing, and they're doing things where Red Bull ... that signifies what Red Bull is about.

Karl: Exactly. The best one was when they brought the guy up right to the edge of the Earth and dropped him down, right? That's a Red Bull stunt. I think GoPro is very similar in that sense, too, where when GoPro first came out, it was just surfers creating surfing content, but they eventually moved to create anything that's action-packed. In fact, any Red Bull video that's action-packed would be probably shot on a GoPro, and if you go to the GoPro channel, they have some amazing content there, and it's a brand taking their own product and creating so much content around their own products that people want to watch every year, and I think that's an amazing strategy, as well.

Audrey: They was actually a branded content. I don't know if you familiar with that.

Audrey: "What kind of problems." They are obviously not just personally, but the whole policy surrounding female inmates, how it really needs to be changed, and when I was reading the article, it really gives me this emotional connection, and it makes me think that, hey, you know what? Maybe I should check out females, Orange is the New Black. Obviously, I'm not going to go to the jail to see these female inmates, but this series would give me an insight of what's happening in there.

Karl: Absolutely. I think that is a fine example of branded content done right, done well with the right partners, targeting the right people and evoking emotion, evoking a response from the audience like yourself, and I think that's the best case study you will ever look for.

Audrey: You have anything else?

Audrey: Really, just to wrap it up, as brands, if you guys are intending to look into branded content, one key thing that you want to do is to evoke that sort of emotion and to create that sort of connection with the audience. When you're able to do that, it really means that you have done something right.

Audrey: All right. Thank you so much for your time, guys. If anything at all, if you want to learn more about what we do here, check us out at Next Digital Marketing Lab.