In 2017, Seth Godin published his 7,000th blog post. He did it all in between starting multi-million dollar companies and writing 18 books. Today, Godin’s site is a valuable resource. How does he keep coming up with things to write? 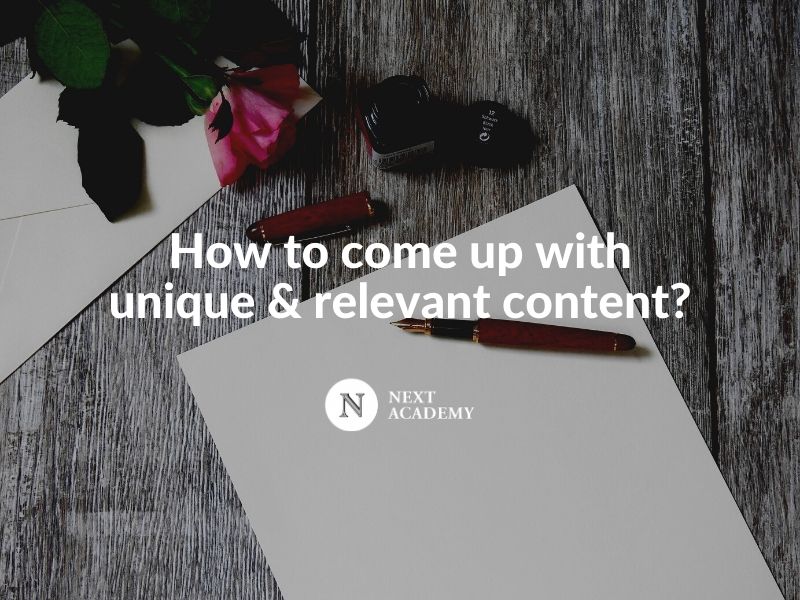 In 2017, Seth Godin published his 7,000th blog post. He did it all in between starting multi-million dollar companies and writing 18 books.

Today, Godin’s site is a valuable resource. How does he keep coming up with things to write?

“The goal in blogging/business/inspiring non-fiction is to share a truth, or at least a truth as the writer sees it. To not just share it, but to spread it and to cause change to happen. You can do that in at least three ways: with research (your own or reporting on others), by building and describing conceptual structures, or with stories that resonate.”

Godin, who writes everyday, often thinks about topics for months or years. So, like many writers who produce content regularly, Godin is always thinking, writing, and publishing.

Here are a few proven techniques you can use to chart your own path to consistent content creation.

How much simpler would content creation be for you if you were generating ideas with an almost predictable certainty? You’d banish writer’s block forever and frequently publish original articles that build your brand and genuinely help reader. Turns out, this isn’t a pipe dream just out of your reach. Each conversation, article you read, customer engagement - these everyday experiences - are valuable sources for content topics. It’s why Lee Child, the author of the Jack Reacher novels, said: “...it doesn’t really matter where you work because you’re working in your head the whole time”.

In Weinberg on Writing, Gerald M.Weinberg, discusses how he collects, organises and develops ideas, using the Fieldstone method. The concept here is that ideas are like building blocks - before you can build, you need to collect stones. Inspiration strikes frequently when you connect these ideas and experiences, said Steve Jobs.

“Creativity is just connecting things. When you ask creative people how they did something, they feel a little guilty because they didn't really do it, they just saw something. It seemed obvious to them after a while. That's because they were able to connect experiences they've had and synthesize new things. And the reason they were able to do that was that they've had more experiences or they have thought more about their experiences than other people.”

If you’ve just started writing for your blog or social media platforms, you may need to set aside some time to build an ideas bank. Afterwards, document your ideas as they come. You can use a notebook, and there’s tons of apps, too, e.g Evernote and Google Keep. Many times those solitary ideas come together to provide a fresh perspective on existing ideas in your industry.

Start With the Map, Then go to the Territory

I confess to writing very vague, bland articles about blogging and digital marketing when I first started freelancing. After analysing trending articles, I assumed that’s what I needed to write about. Unfortunately, the problem was that I wasn’t adding anything novel to the discussion. Now, I think there’s a mental model we can draw from to make sure we provide useful, original reporting in our articles. The map and the territory is a mental model introduced by mathematician Alfred Korybski. At its core, the  model warns against our tendency to confuse descriptions or theories with reality. Shane Parrish sums up the biggest challenges with this way of thinking.

“Even the best and most useful maps suffer from limitations, and Korzybski gives us a few to explore: (A.) The map could be incorrect without us realizing it; (B.) The map is, by necessity, a reduction of the actual thing, a process in which you lose certain important information…”

The mental model has obvious consequences for decision-making but also for the way we think about content. Maps are useful but broad and outdated by the time they’re published. You don’t really get a sense of what the terrain is like from a map. Nowadays, if we want people to pay attention to our content, we have to drill down to the territory. Draw from your own experience, unpack new research, analyse expert opinion.

If there’s a new trend you want to write about, add a unique hook that makes it stand out from the rest of the content covering that same topic. Begin by staying informed about the trends shaping your industry. You can use tools like Feedly, Alltop, BuzzSumo and Google Alerts.

And drill down by adding your own insights. Complement with research from sources like Google Scholar and Coglode.

Over 60 000 people filed into the arena to watch the fight. A billion more watched from across the world. They were there to witness undefeated world heavyweight champion George Foreman take on former champion, and then challenger, Muhammad Ali. The world was watching a game. And one with a clear goal. Only one fighter would leave the ring as winner. It’s what we’d call a finite game.

American scholar James Parse introduces us to the concept of finite and infinite games. Like the Rumble in the Jungle, some things in life are finite games. Types of everyday finite games include applying for a job and political elections. The Human Systems Dynamics Institute describes the characteristics of a finite game: “Finite Games have rules and timeframes. There are players, and there are observers in an established field of play. The rules for the games are set, and generally known by the players. Someone is designated as referee to judge how well you play by the rules. It is easy to see who wins. After the game, no one argues about the score. The object of the game is to get the highest score so you win.”

When we think of it content creation as finite, we get stuck on the wrong things - measuring metrics instead of real, sustained progress. I was chasing a certain number of followers for my business’s Facebook page. When I achieve the target, it made no difference to my writing business. Consider your content an infinite game, one that’s worth pursuing. Once you take a longer view, you’re always learning. That’s when the ideas will come, and you’ll consistently deliver content that will better serve your readers - and your brand.

Want to learn more about our digital marketing courses?