What opportunities out there that I can get from coding

This is an important thing to know when you starting learning to code. If you face a difficult time during your journey to learn to code, an end-goal will help you. Have a look at the blog to find out what opportunities you have when you can code! 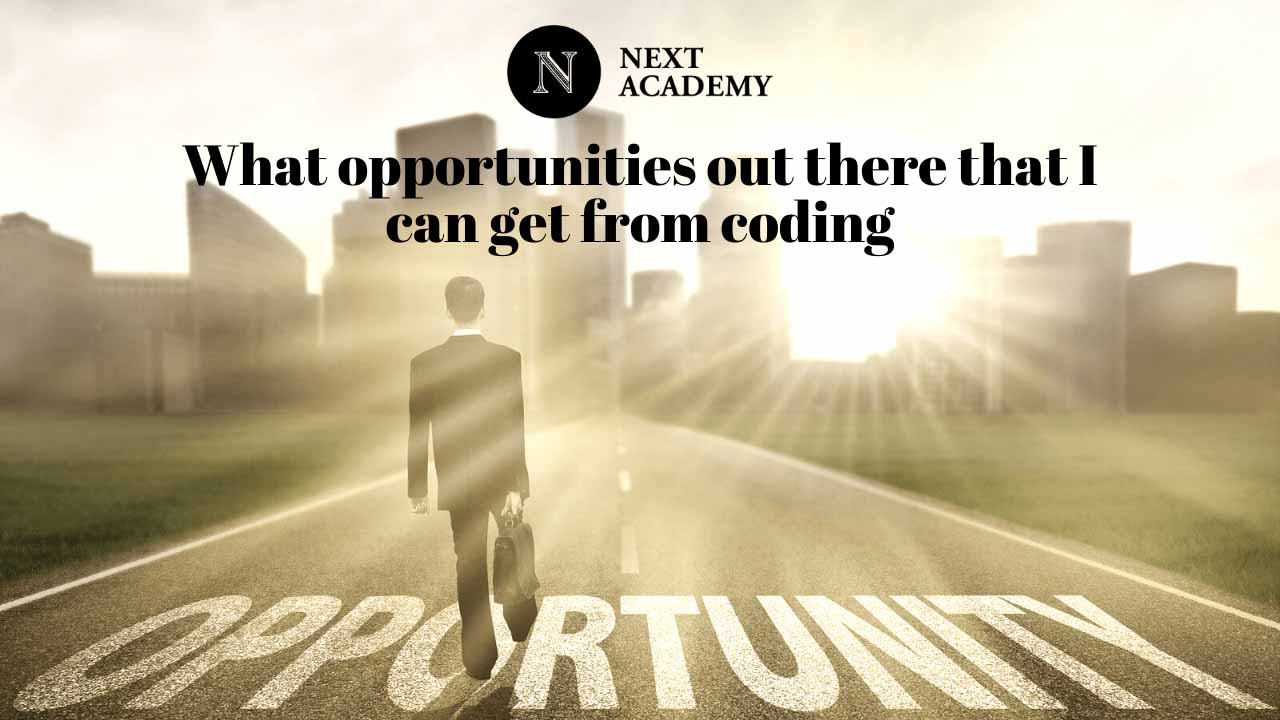 Audrey: Hi guys. Right and hi Instagram people. If I learn to code, what are the opportunities out there I can get into?

Sandra: So many, because, just because you learn how to code, it doesn't mean that you're just going to be doing coding. You could be doing so many different things with what you have. So maybe a lot of people will end up becoming software developers, but a friend of mine for example has joined a tech company but she's a junior project manager and she's learning how to manage a team of developers with whatever that they're building. So, coding is really just the beginning. It's such a wide range of things that you can do. Yes, you could be building apps. Maybe you're only doing the front end for example, maybe you're designing web pages or you may be you're doing user experience. You're like testing out user experience for different companies or for different websites and you're like this should be changed because it doesn't provide, this isn't very easy or user friendly, that kind of thing. So there are a lot of prospects. Again data science. That's a big thing.

Audrey: Business Analyst. I mean today people talk about working in AI but I still think it's quite in its infancy right now. More and more people are talking about data science. But you know what's interesting, quite a few companies who reach out, they're like O you know what, I'm looking for people who have good tech background who knows how to code but also have the business background. That's very interesting. So I was like, O whoa. So you're looking for someone who have business knowledge and also have tech knowledge, who also can code. That is quite a tough one. Quite a tough nut to crack I think.

So one key thing that people always, I think people will like say that O I've hired from here before and find it very interesting because of a few things, because we've seen that some of the students are due to the fact that they have a very different background and now they can code, they're very interesting understanding of what we offer certain things and they're looking for these people. And very often these people are not being consultants, IT consultants or what not in the area of transformation consultant, IT consultant. Those are some of the things I've seen so far. So, is this unlimited and I think traditional roles, in the future traditional roles would also have elements of coding or tech in the future. In the future, accountants, maybe in the future, if people say I'm looking for accountants people might just work I'm looking for accountants who can code. I don't see that as foreign. I actually see that as really possible because I've seen some roles where people actually mention, traditional roles, where people actually mention it and say I'm looking for someone who does this but also can code. And I'm like, whoa, that is different. That is very very different from what, how the world's like this days. So, things has been great.