As a brand, here's why you should invest in branded content! 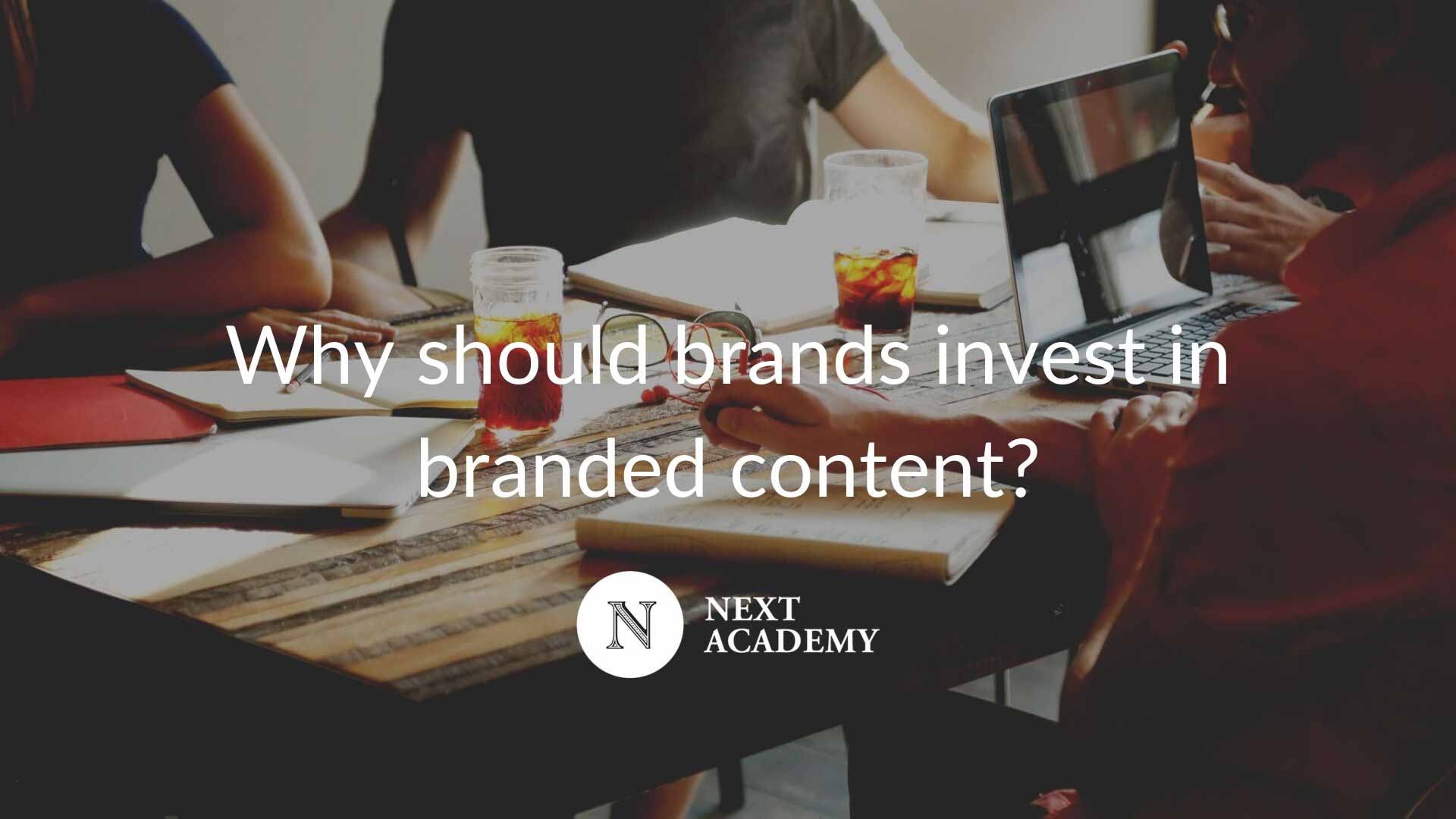 Audrey: "Why should brands even invest in branded content?" since you know it's just for purely for awareness, it doesn't mean that it's going to have any conversion value? Yeah. Interesting question, right?

Karl: It is, and it's a very big question because ultimately it goes back to the core of in today's digital economy, when you go on social media, you are bombarded by ads everywhere

Karl: And there is just so much going on that people are just filtering out everything. So one of the biggest reasons why brands choose to partner with platforms like ours is because we really cut through the clutter and we really get to a massive audience that cares about what we say and they come back everyday and they trust us that we are not going to hot sell them, we're not gonna throw something in their face and re-target them like for the next two weeks and piss them off. So what I they really like about this is you kind of bring out your message, it's really subtle and if you do it well conversions actually happen. So one of the interesting stories is that we had a client that wanted to turn something around within three days. And they wanted this digital video that we would launch to actually drive footfall to a physical event and people were very, very skeptical about working with us. So because we were the only platform that could turn it around within three days, we launched it on Instagram Stories and we rallied our audiences to come for this physical activation at a park on a Saturday morning and we had expected maybe 200 people to come.

Karl: The idea was to come for this event, have ice cream with them and just hang out. What happened from there is 1000 people showed up

Karl: On a Saturday morning and it was purely us on IG stories. And seeing that sort of metric on IG translate to 1000 people on a Saturday morning shows a lot of what we call brand affinity where they care enough about our cast members, our messaging, our brand, that they actually trust us to come for the event. Because they believe that that will bring them value. So that actually smashed a lot of expectations and a lot of sort of misconceptions towards branded content that it actually works even for physical footfall, especially with a brand that people trust.

Audrey: I think not just, I mean, sometimes with branded content or what not, people might see that as more of an awareness thing, but we need to always keep in mind that in a user journey, every little thing plays a role. Very often by default we start thinking about the, in terms of, oh the last thing that brought the person in as, let's just say as a customer, that only matters but that very often is not very often it is not that case, right? Because very often one person would have many, many different touch points before they actually reach to the final decision.

Karl: Yeah, so one, it brings to mind one story, right? So father and son sees a soccer boots that Lionel Messi is wearing and they see it on a TV ad, while watching a football game. At half time they see the new ad come up and they are like "wow!" The son really wants that pair of shoes, so the next day they go out and they go to a mall to look for the shoes and it's sold out, they can't find it, but they see the ads along the way, along the highway, at bus stops, they see the ads and the son is like "wow, I really, really want that pair of shoes," but they can't find it there. So what happens there is maybe on the way back home, son is scrolling through and they see that ad coming up with an influencer, or a branded piece that is up there and scrolls like "Yup. I really, really want this dad. "The moment we get home let's buy it online." So the father goes online when they reach home. They go online and they Google, "Adidas Lionel Messi boots." an ad pops up on Google, they click through on that ad, and they actually convert and buy those shoes, right? But if you think about that story and the user journey behind it attribution was only given to once they clicked through on the last action taken. But that journey for the users began with the TV ad that was then above the line, ads along the way, down to branded content on Instagram the kid saw but only attributed to the last mile click on Google but that's something that a lot of marketeers need to think about, you know? You shouldn't just be spending all your money towards Google clicks or on one platform because the user journey is really, really important to build sustenance, to build, sort of, top of mind recall. along this purchasing window that you want to target them on.

Audrey: Yeah I love that. I think, well guys, if you guys are not too familiar what is attribution, very often by default people often look at it from the last click point of view as mentioned, but you all should start looking into other different attribution models as well. For example, there are certain things what we call a linear attribution, where they will actually give the same amount of attribution or contribution to all the different platforms within a certain period of time. And that is one way for you to best know if a campaign works or not. Even though it seem to be an awareness campaign and you can't really tell, some people will say, "oh, you won't be able to tell if it's working or not" because it's purely awareness and everyone needs to see that but you can actually do that these days, right? With technology all these things are checkable. So keep a look out for that. Do you have anything else to add?

Karl: think as technology develops to your point, a lot of marketeers really want to know, "Is it really working for me?" What's going on inside people's minds, right? How is that actually gonna drive intent to actually convert? And I think as AI, machine learning gets more developed, that's really an area for marketeers to focus on and I'm excited to what companies will be up in the next couple of years in that field.

Audrey: That's great. Alright guys, I think that's pretty much it. So if you guys have more questions, do drop us at NEXT Digital Marketing Lab where we will be talking to you know digital marketers, experts, entrepreneurs, businessmen, and tap into the insights on how they do marketing and how they run their business. See you there.