It's obvious that you'll learn to code in a programming boot camp, but what else? There are 5 less known lessons Jeannette has learned. 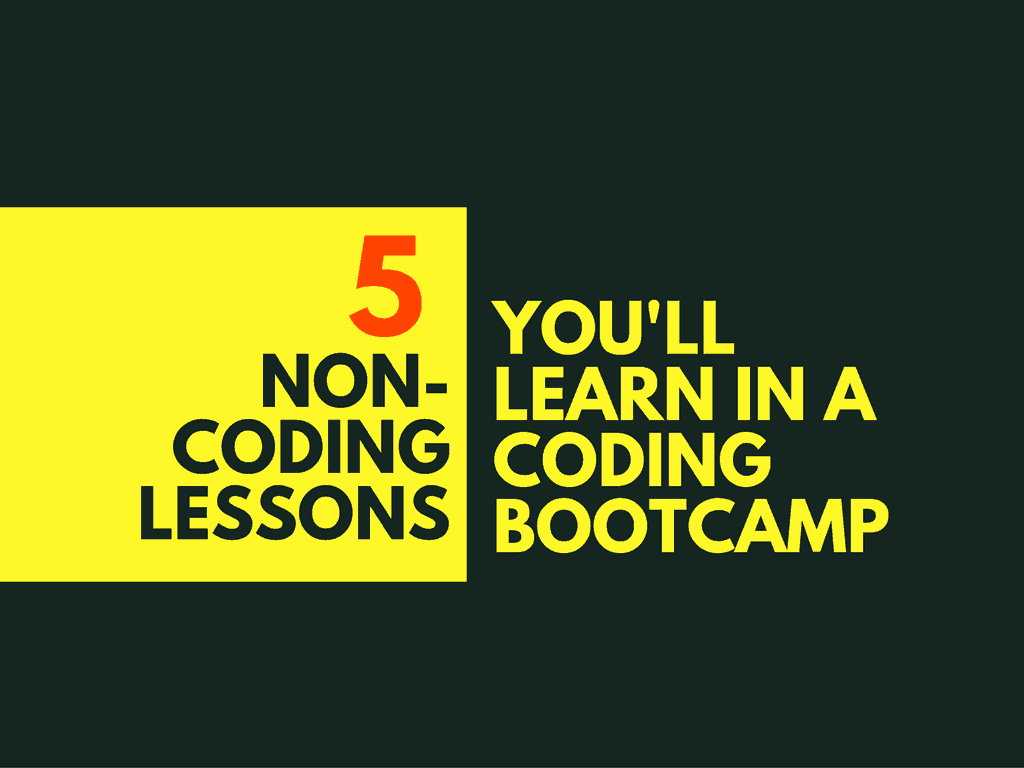 Yes, we know that code is the language of the future. We’ve read the myriad articles that say so.Sure, it’s a good skill to have and yes, there’s a high demand for good coders in the workforce and mmhmm, it may help you learn problem-solving skills.

But knowing how to code in itself is not a silver bullet to being successful.Signing up for a bootcamp is a great way to jumpstart your coding journey, but graduating from the bootcamp isn’t an end in itself.I’ve learned that it’s the start to a whole new adventure.

When I first joined the nine-week web development programme at NEXT Academy, I thought I was just signing up to learn a new skill.It was a way to satisfy my intellectual curiosity, my desire for novel experiences.It turns out that it was so much more than that. Being part of something that’s so intensive, and so infinitely demanding, can change you.

‍Read also: 16 Challenges You Should Expect At Coding Bootcamps And Ways To Overcome Them

‍More than just attaining new knowledge, I gained fresh insights into my capabilities, made new friends and discovered new ambitions.While each individual might take away different lessons from a coding bootcamp, I’m certain that it will extend far beyond just learning to code.Here are five things I gained from the bootcamp:

1. I learned to value suffering.

There are heaps of acronyms in tech — MVC, REST, API, DRY — and one (totally unofficial) acronym that my classmates and I heard very often was SFT. Suffering, frustration and tears.  Writing code is easy. Writing code that works, that actually does what you want it to do, is hard af.

Structuring an app, implementing all the features that makes it work the way you imagine it to, deploying. Tough af — especially if you aren’t great with computers to begin with and your brain doesn’t really work in a structured way.

But over the course of the bootcamp, I learned that suffering is part of growth. A good workout is usually tiring, and if you’ve really worked out, your muscles will probably be sore the next day. What this means is that your muscles are getting stronger.Learning to code is like giving your brain a good workout.

During the bootcamp, I felt my brain stretching in ways it had never been stretched before.There were days when I would spend hours debugging code that had taken me minutes to write.By the end of the nine weeks, I was a person who had gone from thinking a computer could have two motherboards to someone who could actually build software.

This doesn’t mean that I like making mistakes. Rather, I’ve become slightly more comfortable with the possibilities of making mistakes.  When I first started the bootcamp, I would sometimes spend too much time asking myself, “How do I write code so that I can do this?” I’d sit and stare at the blank text editor, thinking.

The thing is, code doesn’t get written if all you do is think.“Is this right?” I would ask the mentors, explaining how I intended to go about solving the problem.“Why don’t you try it out first?” they would say.

So I learned to write code, read errors and correct my mistakes. I learned that, when it comes to solving a problem, trying and failing got me further than not trying at all.

3. I met (and worked with) amazing people.

I’m an introvert and while I did meet lots of amazing people in my line of work — I was a journalist — I never really made an effort to connect beyond work.  At the bootcamp, my classmates were entrepreneurs, startup founders and marketers from a range of backgrounds.Working together to solve problems with code can do one of two things — make you better friends or turn you into bitter enemies. I was lucky to have experienced the former.

Besides the group work that was required for the bootcamp, some of us even joined a hackathon together.I’m not sure where else I would have had the opportunity to meet and really bond with so many different people from multi-disciplinary backgrounds.Besides learning to code, I was exposed to other methods of thinking and different approaches to solving problems.

The bootcamp is also where I met my current co-founder, Jeremy Ong, with whom I now work with on VapeClubMY. With extremely different personalities and lifestyles, we agreed that if it wasn’t for the bootcamp, we would never have crossed paths.

4. I became a better writer.

When building an app, or writing an algorithm, it can be good practice to write pseudocode first. Computer language operates differently than normal human language and has to be far more specific. Pseudocode is the in-between — a simplified version of human language that’s almost computer language.  It’s like a first draft of your code that helps you structure your thoughts and guides the actual code writing process.  After writing the actual code and checking to make sure it runs, you still have to refactor. In writing terms, that’s the editing process.

‍At the same time, learning to code opened up new ways for me to tell stories. One of my latest pieces is an essay about being a woman; it’s structured as Ruby script.

5. I discovered a new career path.

Learning to code gave me an extra edge within my main line of work — writing.  Before I knew how to code, the only way to know if my stories were effective was to keep track of social shares and engagement. It turns out, there are so many other ways to ascertain effectiveness.

As a journalist, one has to do a lot of research. Sometimes one might have to write pieces that are dry and follow the same format.Did you know that with code, you can scrape websites and harvest information? Did you know that there are bots that could write those dry and highly formatted pieces for you?

But what leaves me even more amazed is that I never thought I would own a business. Sure, I’d freelanced before and could have survived without a “day job”, but actually owning a business is a whole different ball game.

I’ve always been apprehensive of the word “entrepreneur” and I sure as hell never imagined that I could one day earn money writing code. I definitely didn’t think that I’d be a marketer.

But being a part of the bootcamp exposed me to a whole new experience and left me more open to opportunities outside my previous scope.

If the world is your oyster, you’ll need the right tools to crack it open. And coding is definitely a tool to add to your collection.

‍Editor note: Jeannette is a graduate from NEXT Academy’s web development bootcamp and is now starting up her own business. We wish her all the best in her venture.