How to scale culture?

With around 800 people how do you scale culture? How do you maintain the essence of who you are when you scale to 800 people? Find out in this blog. 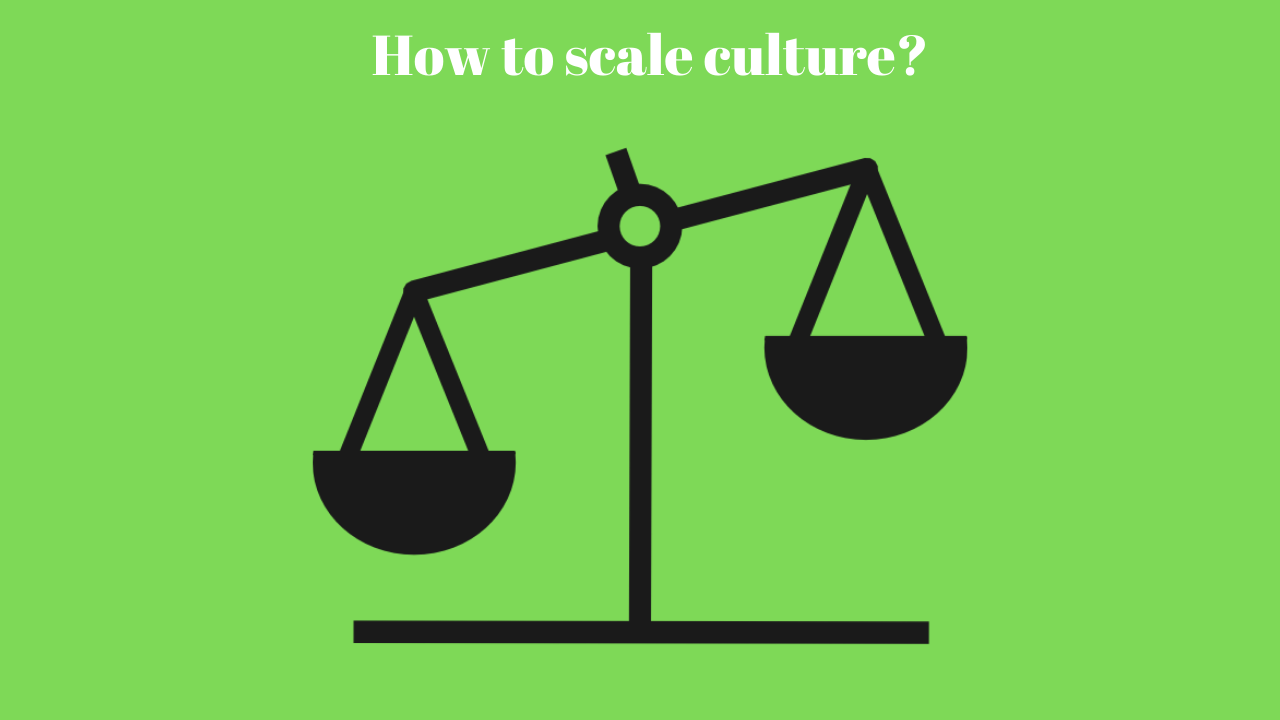 Claude: Well the great thing is that there's many people in this organization that believe in what we're doing and they believe in putting people first. And so right there they scale me. They're no different than me. They come with an open mind, an open heart, a sense of wanting to help someone thrive. And so that scales the culture right there. There's really no magic, there's no magic secret sauce, I mean. There are these culture champions in every office, in every day that are helping other people, ya know, get from point A to point C. So that's the amazing thing. Yes, I'm here, Gary's here to promote, you know, and really hold the culture, but its everyone, every single person contributes to this culture. Everyone's responsible for scaling the culture. It isn't just me. That's key, I don't own it so I don't give it to anyone to scale. I share, and they share, and they share, and they share. So, if that makes sense it's really a domino effect.

Audrey: I love the way you say culture champions. And you know, when a lot of organizations talk about culture, they want to build culture. It's so hard to even talk about. It's so hard to even get to this stage where you have culture champions. Because they don't even know what's their values yet and its also at some point, you know, how do they actually get people to be in line with the values? Do you have some thoughts for that?

Claude: Well, values have to be lived. They have to become habits in order for values to really work, quite frankly. I mean, you can't just put them on the wall and expect that people are gonna understand what that means. So you have to, going back to, talking the walk and walking the talk, you have to be able to do that from the top down and the bottom up. Otherwise, you're not setting an example for people to follow. When you say, "We are empathetic," well, if the organization doesn't act like that no one's gonna understand how to even digest that as a value. You know, if that makes sense. You have to be able to act on these values and they have to become embedded in you as habits just like brushing your teeth. And then, you know, that's also, that's how you scale. That is exactly it. But, you must inspire others by example.

Audrey: So the key word is inspire by example.